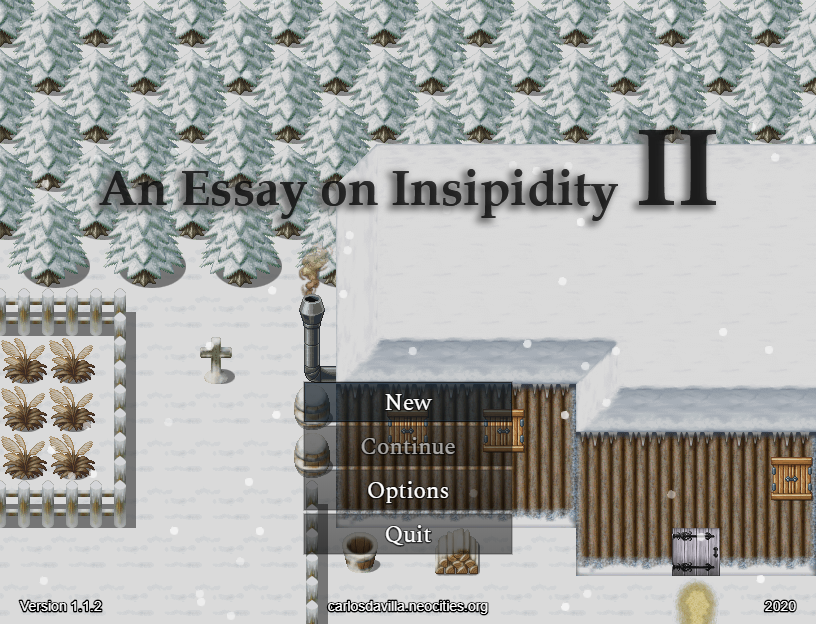 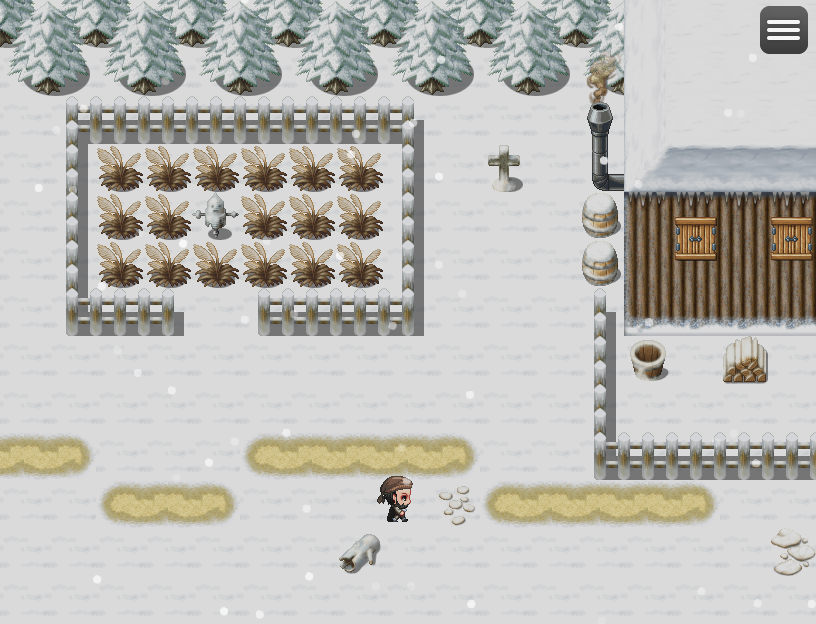 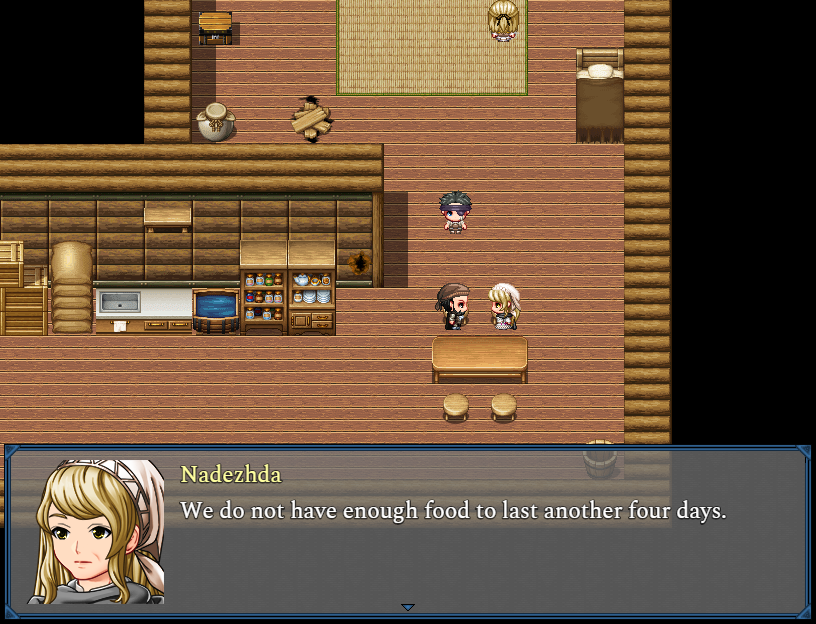 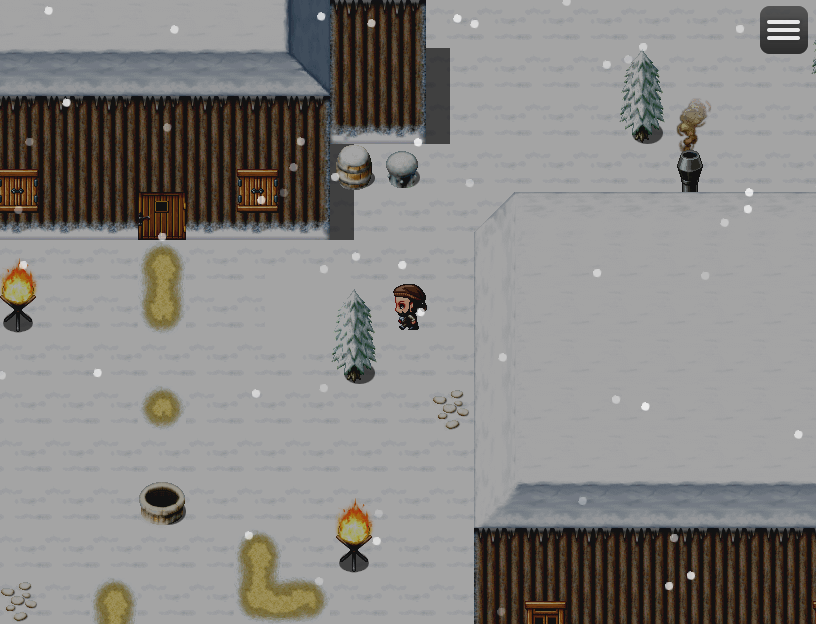 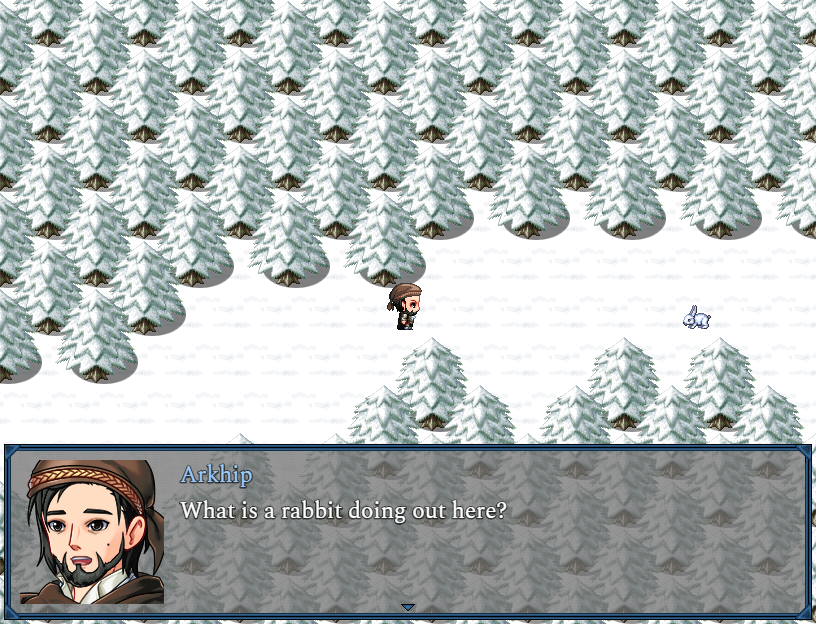 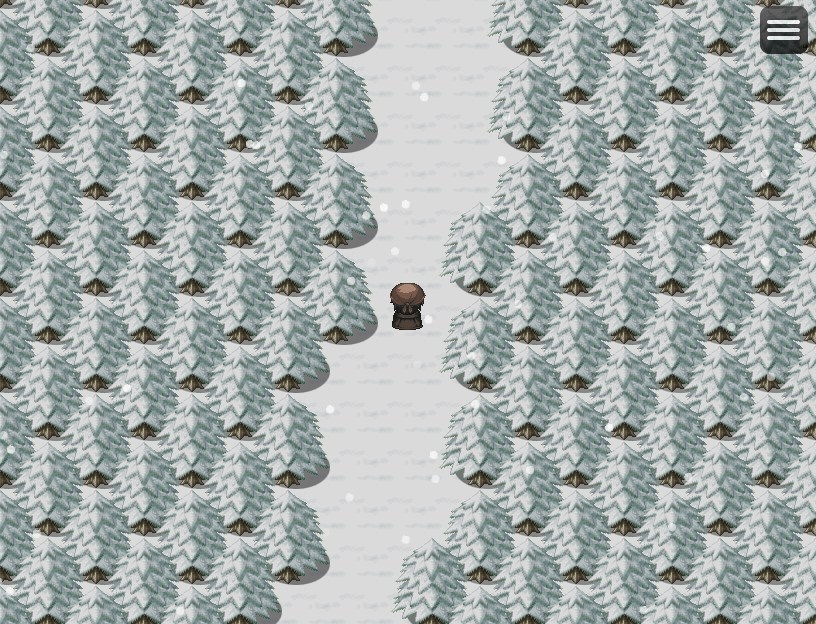 The unmerciful winter is at its peak once again.
When animals vanish from the face of the earth, and the crops die.
You don't have any food left, and your family is slowly starving.
You need to traverse a long way to find some food.
A couple of villages ahead, if you're lucky.
But remember: the cold waits for no one.

An Essay on Insipidity II is an adventure-esque game that chronicles the history of a peasant named Arkhip, when he goes out of his home to bring food to the table of his famished family during a harsh winter.

This game was, like the last one, made in the course of a single week in RPG Maker MZ.
This time, it was originally made for the "Trials of MZ" RMN Event, gaining some updates and improvements as time passes.